Use the webz for some good will ya?

The itch is back like a fever. In the last week I’ve spent a lot of time working on all kinds of story ideas and laying down a few plots. I’m working on one right now, but all I’ve really done is build pages and pages of backstory. This is a good thing to do, don’t get me wrong. But it’s not writing that’s going to be seen, at least not normally, so it doesn’t have the same gratification to me.
On the other hand, for those wondering… 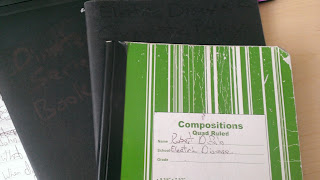 I’ve pulled all my notes and the books to start work on Dinatech three. I haven’t got a working title for it yet, but it will come to me. It’s time hangout with Dan and Clara and see what they’ve been up to while I’ve been working on other projects like Devil n’ Jack and FBtA. Personally I think Clara is going to be a little sore at me for ignoring her this long. I’m currently plotting and should have first draft done in November.

If you too are looking for a few creative writing challenges, I’ve been watching this out of the corner of my eye. The program format of the Geek and Sundry channel has changed and I can’t say I’m a fan. But this vLog looks like it could be a lot of fun. Right now it seems to be sticking to smaller works, around 500 to 1000 words.
If some people would like to do this, I could be guilt tripped into joining you. :D 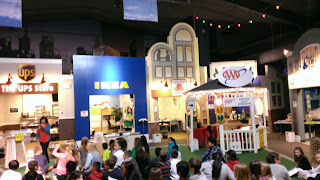 Wednesday my son had a fieldtrip out to a place called Biztown. It’s basically a small indoor city run by children. Every kid has a job, a checking account, and has the ability to earn a paycheck, pay their bills and use what’s left to invest or spend on small gifts. My son was made the director of AAA Safety and Maps. While I think he’s a champ when it comes to mapping, I’m not so sure about the safety part. But I couldn’t argue with the money, it was one of the highest playing jobs in Biztown at $9.00 a paycheck!
And I guess results speak for themselves, no one was hurt while Zack was on the job.

Part of my week has been spent sitting in revelation. I watched this YouTube video and it made me realize something. While we have this grand tool that allows us to be more connected, communicate faster and farther than ever before… well I think the video says it best.
Don’t get me wrong, the World Wide Web has done plenty of good as well. I mean, I can want, find, and have a book on my e-reader within minutes of discovering it even existed. Music? How much do I want to buy right now? Need a cheap way to get your own art out there? There wasn’t tools like this fifteen, maybe ten years ago.

Just remember kids, use this power for good.
Robert
Posted by robduf at 2:36 PM No comments: