I was hit by a train! And other shameless ways to plug your blog.

Sorry about that, now that you are here, no train has hit me yet, but with enough votes I'll make a video that will satisfy this request.
Here I'll make it up to you: 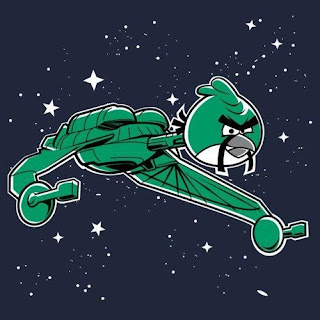 Month 4… already? Where in the hell did the time go? I mean, it’s just gone!
I look at what I’ve done, never in my life can I look back and say that I’ve been more productive than I have in the last year. Yet I still see a long road before me. I still have a goal (a huge goal) before me.
I will get and agent!
I will traditionally publish!
Ok enough yelling.
Crowning achievement of the week: Marissa Meyer friended me on goodreads.com, so a shout out to her  New York best seller YA book, take a read of Cinder if you haven't yet, a very cool twist on a story you know rather well! :)
I was driving into work this morning when I looked over to see a guy standing by the side of the road, he was facing away from traffic and for some reason my first thought was that he was reliving himself into a tree. Gawd, don't ask me why, I don't know. Taking a second look I saw that he was looking up at a blossoming cherry tree, he was just enjoying the view. Perhaps I'm going to fast, I need to just sit back and enjoy what life has put in front of me? I've been running myself ragged the last 2 weeks at work and when that is done I enjoy a little sports before I go home and plug into my story for another 3 to 4 hours. I think it just might be time to go out there and experience some of life again.
But, I'm getting in the death throws of my rewrite, I can see the end in sight, and as long at it's not a train, I'm going to make it! I'm sure that the rewrite for my first book was a lot worse, but that was like a year ago and I don't remember, so it wasn't!

Another subject on my writing, I've been reading "Super Sad True Love Story" by Gary Shteyngart,(Yes Mr. Spellcheck that is right) If you aren’t reading this book you should be. Pick it up as soon as you can.
Reading this + thoughts about one liners that I want to use in my Twitter/Facebook/blog/novel that are not appropriate for conversation with anyone. I mean there are some lines in this book that are holy hell funny, but how do you go home for Christmas and hug your mom with those dirty, dirty hands!?  Where is it appropriate to use these? Some people would call it art, others vulgar. I mean I made a racist joke on a friend's Facebook and then I started to wonder if people were judging me. One of the most awkward things I've had to do was write a scene that was kind of personal and watch the person across from me read something that is kind of...personal. In the back of my head I'm going. "OH GOD DON'T READ THAT!" (I'm yelling again, too much coffee) I've slowly been able to pull that feeling back. I can't tell you the jumpiness I felt when I self-published that first book, anyone, ANYONE could read it and I can't wave my hand over the page and say. "You know what, lets just skip past this."

I’m on Twitter – I never wanted to be, but a lot of authors use it, so maybe I should too. Oh gawd, I'm giving into peer pressure. Sarah Dessen, if you start smoking I'll have to join you! (I thought I said I was going to stop being so loud?) You can’t have too much pride when you are looking to advertise.  Already I've had to get used to the idea that I'm only allowed 140 well chosen charters. I'm going to have to learn bigger words that can fill paragraphs of meaning with just a single word. Currently I'm "Twittering" as a way to let others know how my rewrite efforts are going.  Umm I think I'm supposed to say. @robertdufalo - Follow me, or I'll kill you. (tee hee) No I mean it, when I go on my cocaine induced, 'roid-rage fueled world destruction tour, only my twitter followers will be saved.
How's that for ad slogan. "Follow me, or else."

I had a panic moment when I was downloading a new audiobook for my iPod...
I have so much money wrapped up in digital media that I'm becoming truly worried for it's protection! I don't mean that I'm going to find it beat up in some back ally, I mean that if my raid system has a bad hair day and too many drive heads crash at once (hard drives need airbags) I could be left in a world of media-less hurt! Between my music, movies, and now the ever growing collection of my own manuscripts I have a lot tied up in my computers.  (Fun fact: Rob spends 15+ hours of every day in front of a computer) I'm in trouble! I'm thinking about Amazon for my storage, I need to look at something: large, safe, secure, and don't  cost me two goats a month to keep.

See you in two weeks with a completed rewrite,
Robert