Schools out for CONS!

Okay (I'm done using OK, till I mess up and do use it) like holy crap! Lost deep in the heads down, no time to look up, better learn how to breathe ink because it’s the only air I’m going to get this month, first drafts and web book crazy! (Yeah that’s has hard to read as it’s been to do.)


While I’m not going to all the cons my co-author (the second half of the pen name Stanley Dufalo) is heading off to this month. (Run on sentence warning)  We needed to get cracking  to have pages done for when she’s on a plane (with or without snakes) and/or too drunk, passed out in a gutter with the rest of the Con goers because they had too much Joss Whedon dust, and are LSD tripping on Firefly reunion with a Avengers crossovers.
My real worry is now that we’ve started a web book about zombies coming to life at Comi-Con, and Rob Zombie is going to be the opening act for the event, we have written too close to real life and we are going see art become fact! So Del, get ready to live your damn story, because it’s coming!  Myself, on the other hand better find a dead end job mall, because I get to play Elliott, but now that I think about it I don’t think we ever gave him a job and so, I can fit right in buying a cup of coffee.
Here a fake Cali ID for the trip girls: 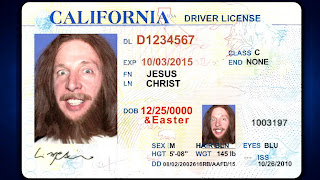 Right now my day goes a little like this:
1. Stumble out of bed.
2. Somehow find myself at work.
Do stuff
3. Complete job 1 and go play some kind of sport/raid.
4. Pull out Oil and Water, write at least a thousand words on first draft.
5. Work on From Beer to Apocalypse (remember how to spell apocalypse)
6. Mourn my stagnate blog while doing nothing about it and then head to be about 2:30 AM so can do it all again the next day.
It’s a great life; I even try and watch a little Military Channel in bed, but that lasts about 5 minutes before I’m snoring, and subsequently getting kicked all night by the wife to turn the hell over.


I’m going to Westercon, the highlight of this con, for me will be having the manuscript, Cooperate Policy dragged over the coals by professional writers. All this, will be just in time for me to start making all my updates I’ve planned out in July. I’m right on time and where I want to be. The cover isn’t, but I’ve seen betas of it and I look forward to seeing the final soon.
I’m a little disappointed in writing panels at Westercon, I’d have liked to seen a few more on writing. I think that Norwescon was much better for this. Westercon should have taken me up on my offer to run a panel or two, I think they needed it and looking over the list of what they have so far, it’s sparse and they aren’t using all their rooms effectively. Also, it seems I’m supposed to be registering at the same time I’m supposed to be in a few of the panels so F*** that, better fix it.  How the hell am I supposed to get to my Anime girls panel on time.
Okay guys, let me solve the mystery for ya; the Otaku is all about the hawt girl with the big gun playing a dominate roll, but still too sexually frustrated to know what to do in the sack. Done, saved you an hour of your time, enjoy the registry line.


From Beer to Apocalypse, is starting up Chapter 3 this Monday, I’m really excited about this.  We start to get into the really down and dirty zombie brain eating, Oregon under siege, I’m on a boat motherf***er, story now. (minus the boat, sorry to get your hopes up, I shouldn’t have done that.) We seem to have about 20 loyal readers and love you all. Tell a few friends I’d love to get us to 30 loyal readers by the end of summer.

What am I reading right now:
Books:
The Perks of Being a Wallflower by Stephen Chbosky – Not bad, I saw the movie ad and wanted to check out the book. I enjoyed it, but I felt the writhing was too simplistic for someone that getting straight A’s in high school. It was basically the main characters letters to another person, so maybe they were trying to capture that in an art like way. Worth a read all the same.

A Series of Unfortunate Events by Lemony Snicket – I’m on book 1 of 13 now, I’m enjoying it, but doing the audio so I get the pleasure of having Tim Curry read them to me. Totally awesome and he’s really good at it.  This will keep my car stereo busy for a few weeks.

Manga:
Stepping on Roses  3-6 : Plot is really moving along, story is going well and art is holding up. If you like romance like stories, it’s worth a read.

Air Gear 23: This has been one of the better ones in a few installments. The one thing that happens when a series goes over 20 books is that the plot seems to grind to a crawl in my opinion.  OhGreat has avoided that in most cases. I’M LOOKING AT YOU NEGIMA!

MUSIC:
Go by Motion City Soundtrack – One of the better albums they have done, love’n it!

Speak in Code by Eve 6 – Came out and April and I didn’t notice, very late 70s punk feel, like the Police. Also good!

Synthetica by Metric – Still getting a feel for this one, but first impressions, not as good as there last CD.

Siamese Dream by Smashing Pumpkins – Yeah it was 1992 and it was amazing. Well it was just remastered. I picked up the deluxe version. This will be weekend candy for me.